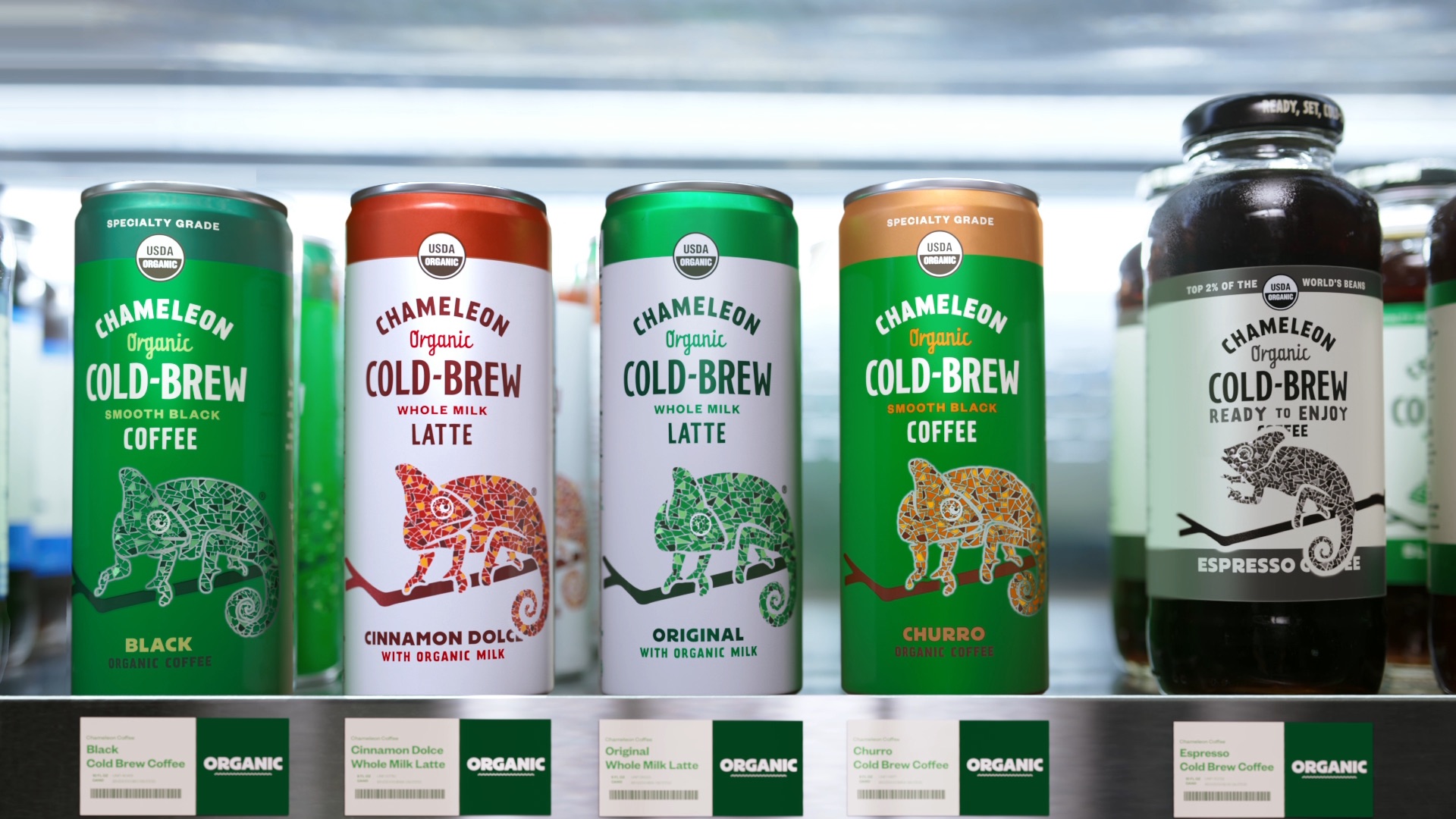 As the world went into quarantine, we were busy working virtually with Chameleon Cold-Brew to create the brand’s debut national campaign, producing the series of spots entirely during lockdown.

The campaign — Bring that Craft Home — is a six-spot series that was completed without any two people ever being in the same room, shot entirely from the director of photography’s home.

“As the first national campaign in the brand’s ten-year history, we wanted to make a bold statement about the uniqueness that makes Chameleon the no. 1 organic cold-brew in the United States,” said Leonardo Aizpuru, General Manager, Nestlé. “Within a matter of hours, early on in the Coronavirus lockdown, we made a dramatic shift in our creative execution, ultimately deciding to act fast and head into production from our respective homes.”

The virtual production process involved securing talented production and animation partners to casting to final delivery – and everything in between – remotely, and took place in homes across the country, from New York to Washington, DC to Los Angeles.

The six spots can be viewed across CTV, digital and social and feature an ensemble cast of talking chameleons, including an effervescent Vanilla flavor and a hilariously-contentious relationship between a no-nonsense Black Coffee Concentrate and the know-it-all Espresso Cold Brew. The spots tap into the quirky personality of the Chameleon brand to bring the distinctive chameleon logos to life as iconic animated characters, each of whom express the cold brew’s variety of flavors and colorful logos as unique voices and personality archetypes. The campaign is an entertaining way of expressing the brand’s approachability and accessibility while communicating all of the product quality attributes that might otherwise make it just another exclusive, pretentious craft coffee.

“Bringing the Chameleon characters to life, albeit a blast was no easy feat during a massive global shutdown and social distancing,” said Josh Paialii, Creative Director at The Many, the Chameleon creative agency that helped bring the series to life. “As of early March, we knew we’d have to pivot campaign direction pretty quickly, but it was still paramount to create something ownable for the Chameleon brand and distinct in the coffee category. Despite the challenges that came with conducting production virtually, we are proud that we were able to develop a seamless and seemingly typical campaign during a global pandemic.”

Read more about our partnership with Chameleon in Campaign US’ story “The Dude abides: Chameleon Cold-Brew’s reptilian mascot quietly emerges as an advertising star” where Leonardo and Josh discuss in detail what this campaign signifies for Chameleon and just what it was like to create an entire campaign remotely. You can also watch “Brew Band” and “Pants” live now, just keep scrolling.