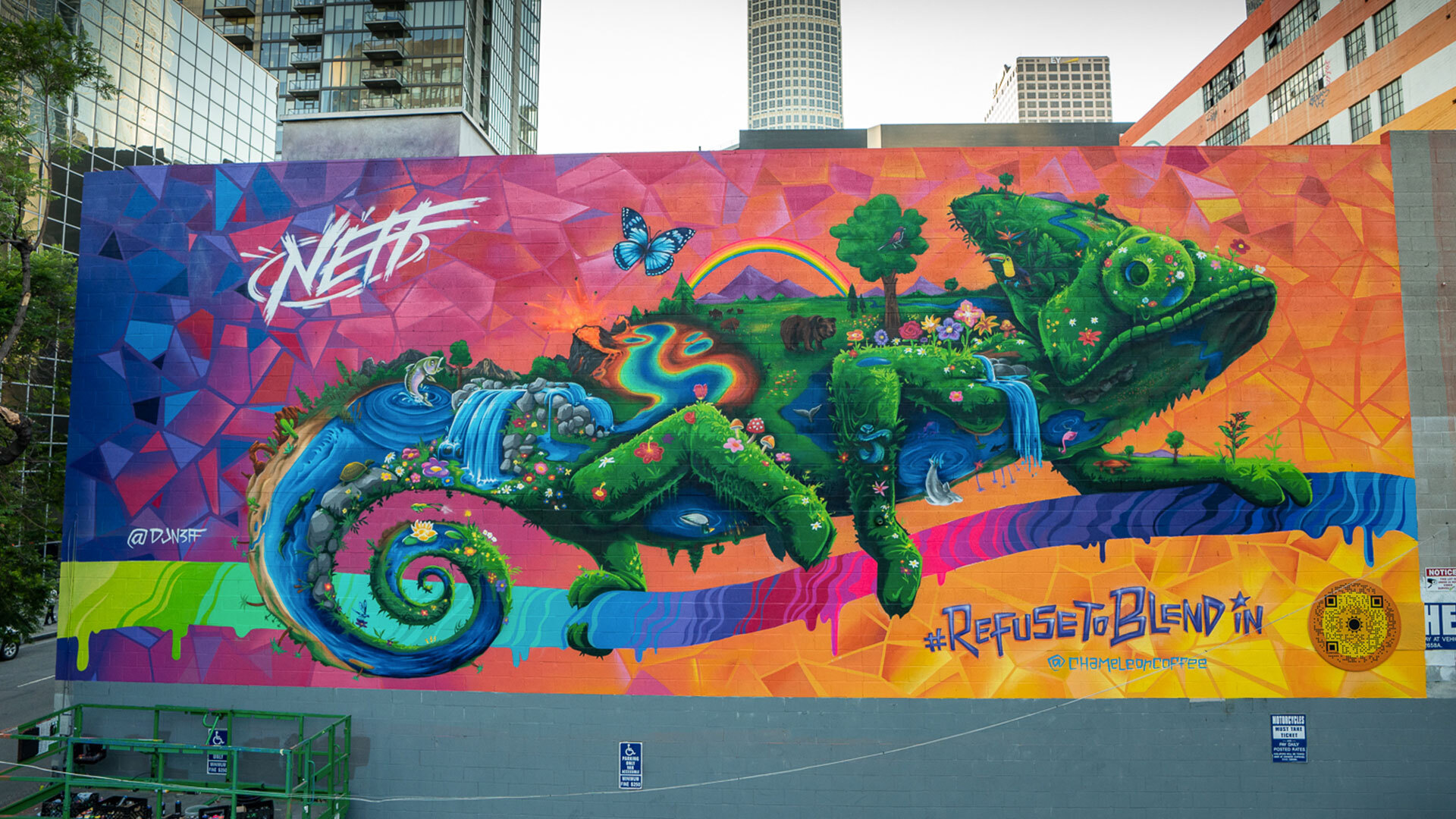 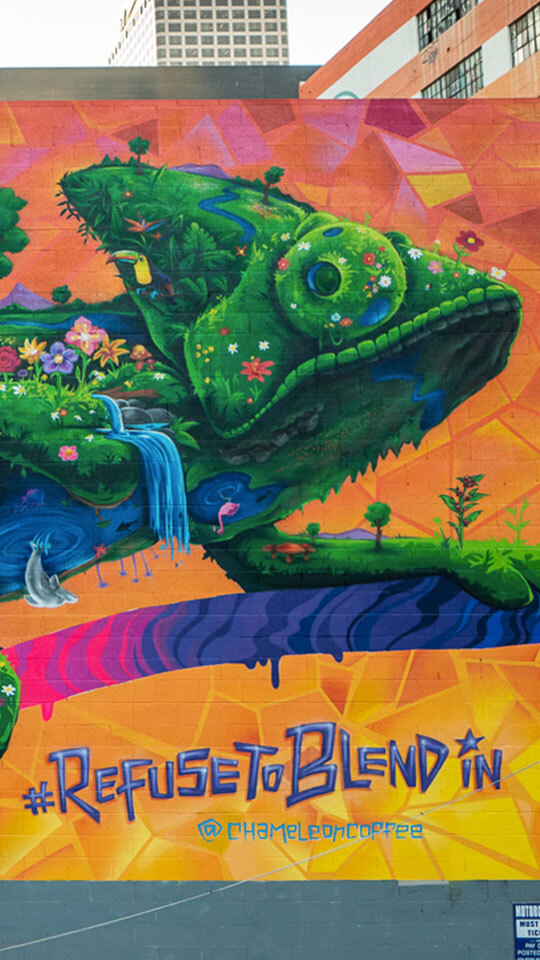 Chameleon Organic Coffee is creating a buzz around its new line of premium whole bean and ground coffee with a series of live art activations that support the brand’s “distinctly different” spirit. A series of three artist murals across Austin, Los Angeles and New York City, tell a different Chameleon story through each artist’s creative voice.

As an expression of the Chameleon’s new tagline — Refuse To Blend In — we partnered with three talented street artists to create a new kind of pop-up coffee experience. Rather than the traditional four-walled coffee shop, Chameleon brings its flavor to life by incorporating QR codes into vibrant, stop-you-in-your-tracks art. Woven into each design, a quick scan of each QR code reveals an opportunity for Chameleon to send passersby free Chameleon Coffee. But that’s not it, the codes also unlock a digital content experience with Chameleon and each artist.

“We applied a ubiquitous technology on a massive scale to essentially Trojan Horse a brand story and sampling effort into an out-of-home experience,” said Scott Ellman and Rik Patenaude, creatives at The Many. “These mural ‘pop-ups’ create the opportunity to bring some of Chameleon’s core values and beliefs to life out in the world to be discovered outside of the brand story that is told on the website.” 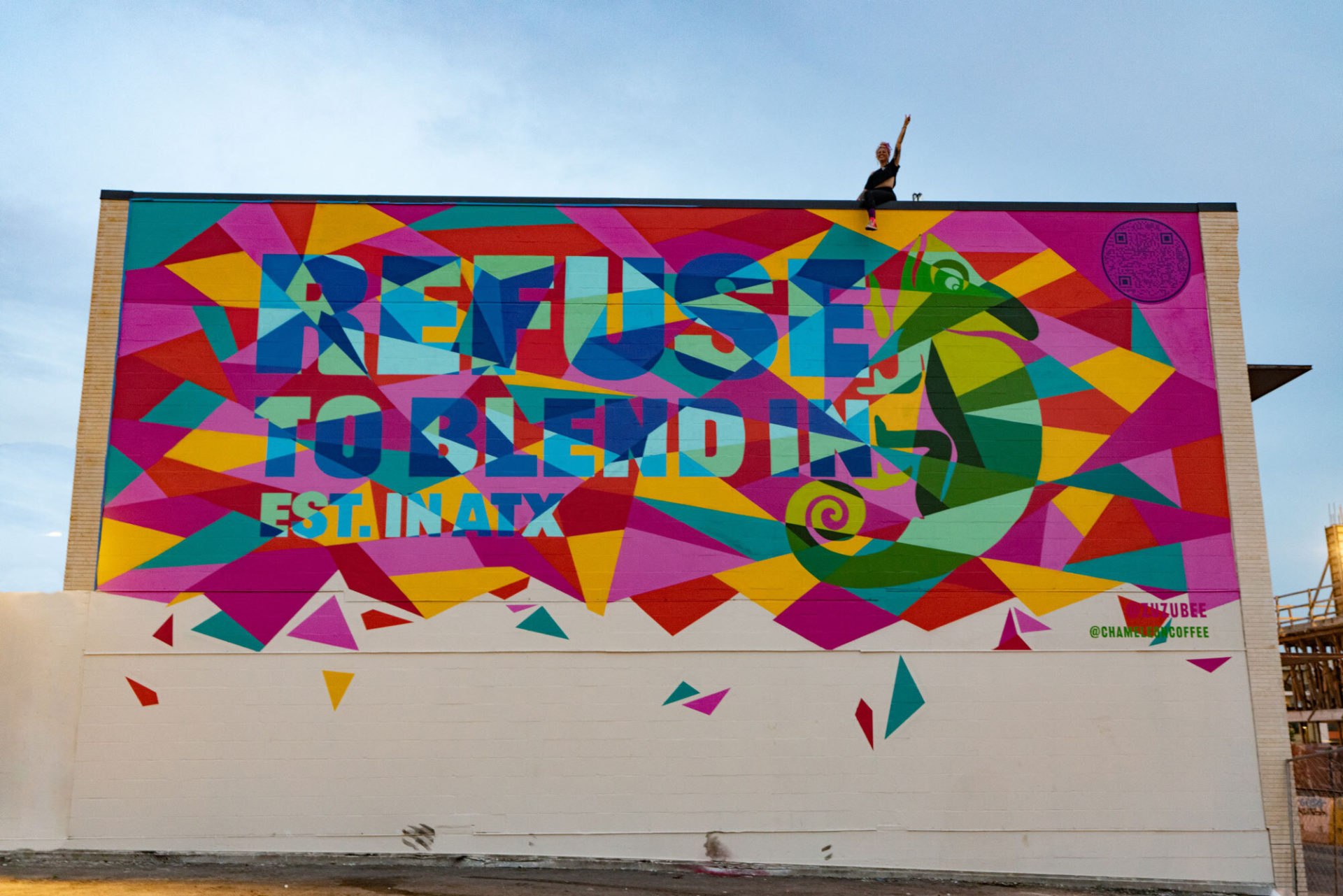 The first location, Austin, TX, is also Chameleon Coffee’s birthplace and featured local artist Zuzu Perkal. As a coffee lover and Austin native, Zuzu’s number one goal when stepping into a project is to express herself authentically. In the words of Zuzu, “refusing to blend in is just about being authentically yourself. That’s the vibe of Austin. Austin is weird and it is funky.” Zuzu’s mural plays on Chameleon’s #RefuseToBlendIn motto with an eye-catching multi-colored mosaic. The Austin mural was unveiled first on Saturday, July 31, and will remain up for local Austin folks to visit until Saturday, August 21 at 1408 East 6th Street.

In Los Angeles, CA, artist  DJ Neff is known for his spray can recycling program, CanLove. His art incorporates old spray cans to create awareness for the impact we have on the environment. With sustainability always top of mind, DJ Neff’s mural features the Earth itself within Chameleon’s “Dude” mascot. The Los Angeles mural was officially unveiled on Saturday, August 7, and will remain live until Saturday, August 28, in DTLA on Grand Street and 8th Street.

The mural for New York City, created by local artist Fumero, is slated to be unveiled on Saturday, August 21 in the West Village (on the corner of Clarkson and Washington).

Take a look below for a glimpse into each artist’s process and how their murals came to life. And if you’re in Austin or Los Angeles, be sure to check out the amazing art from these local artists and keep an eye out for New York City’s mural! 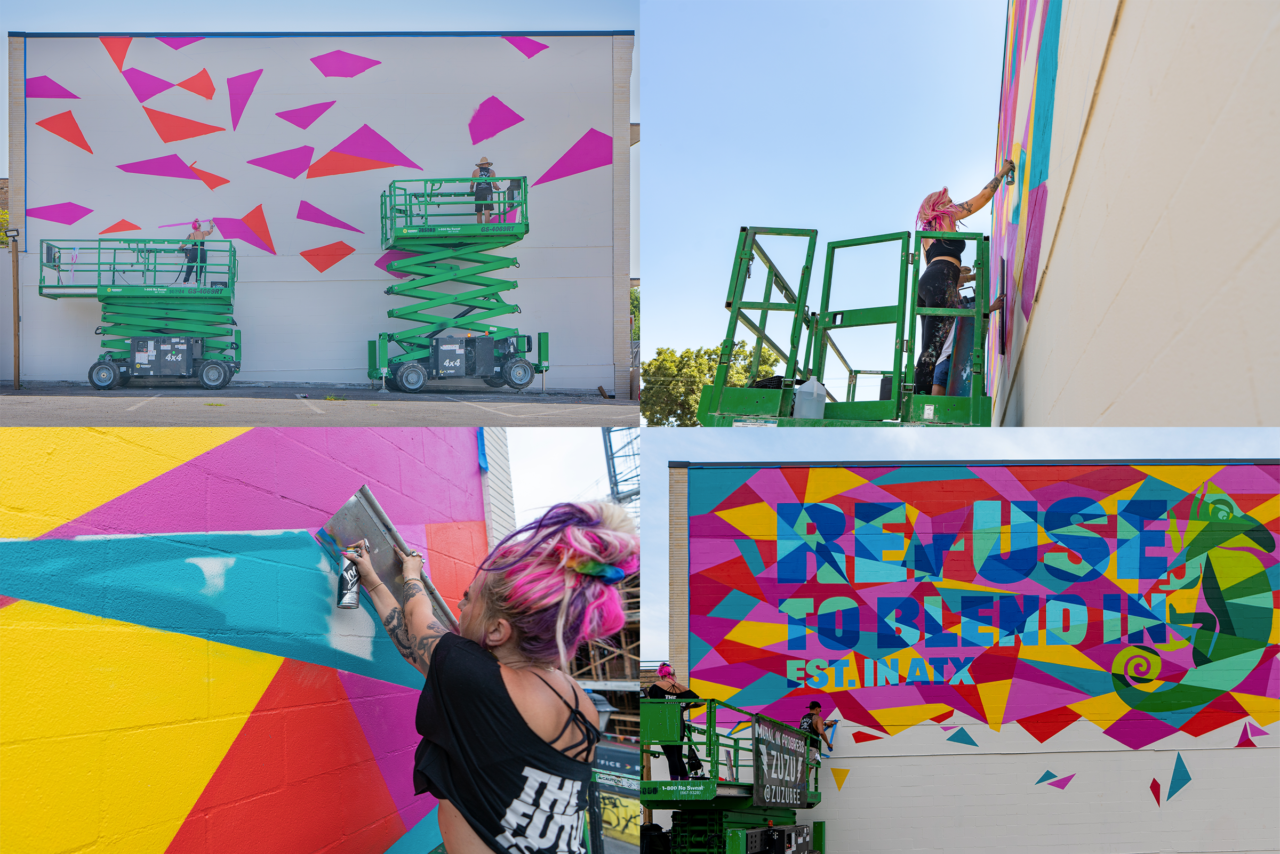 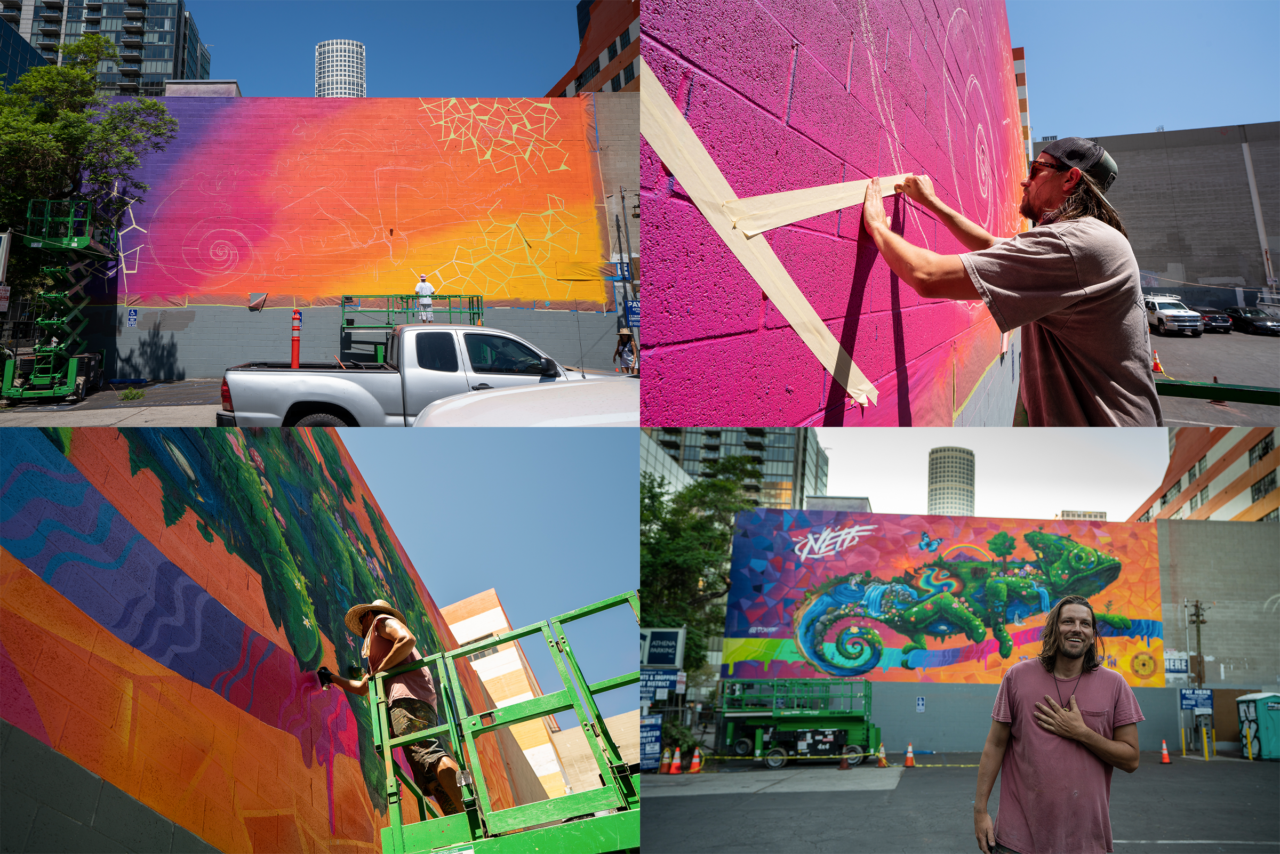