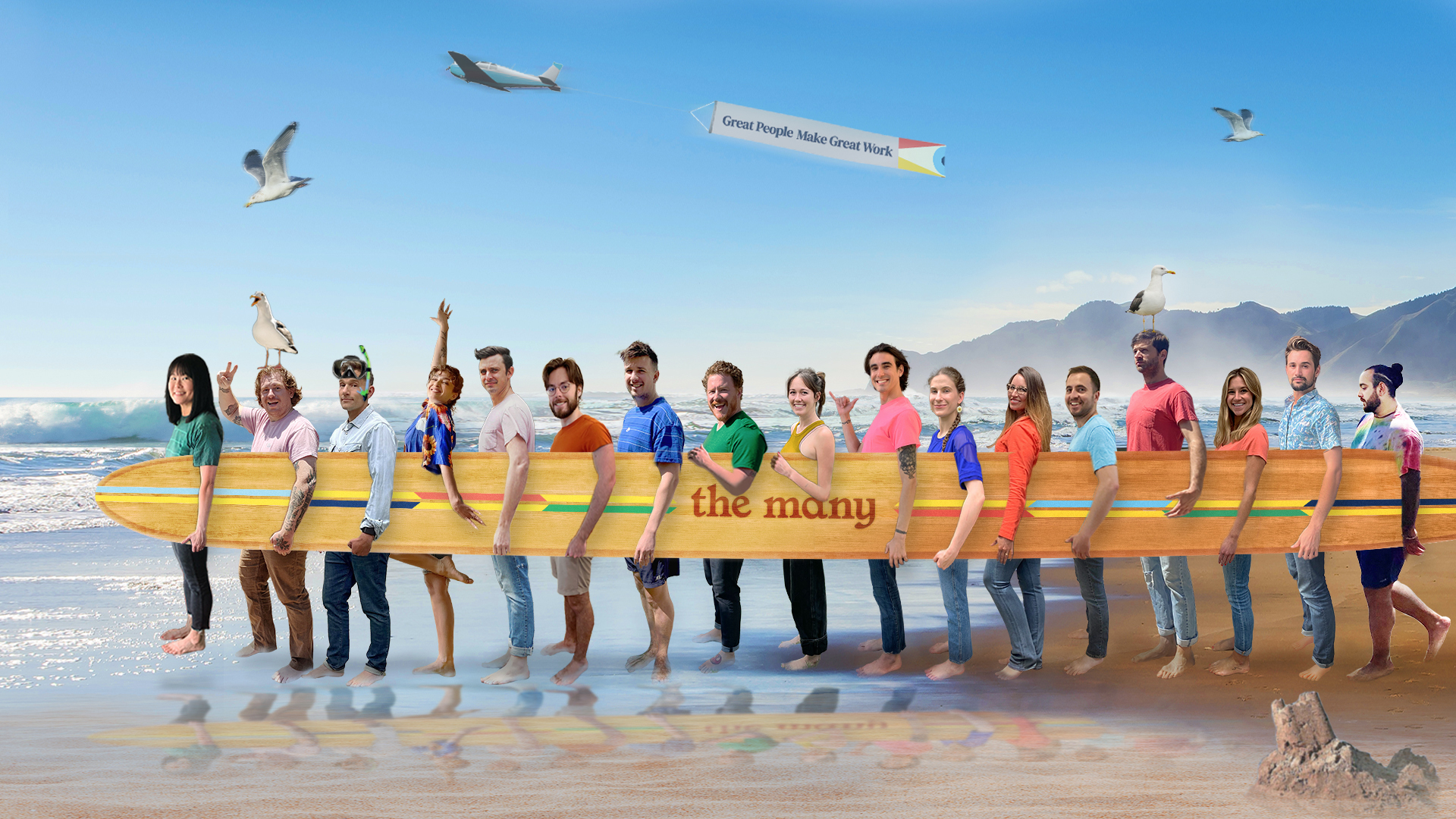 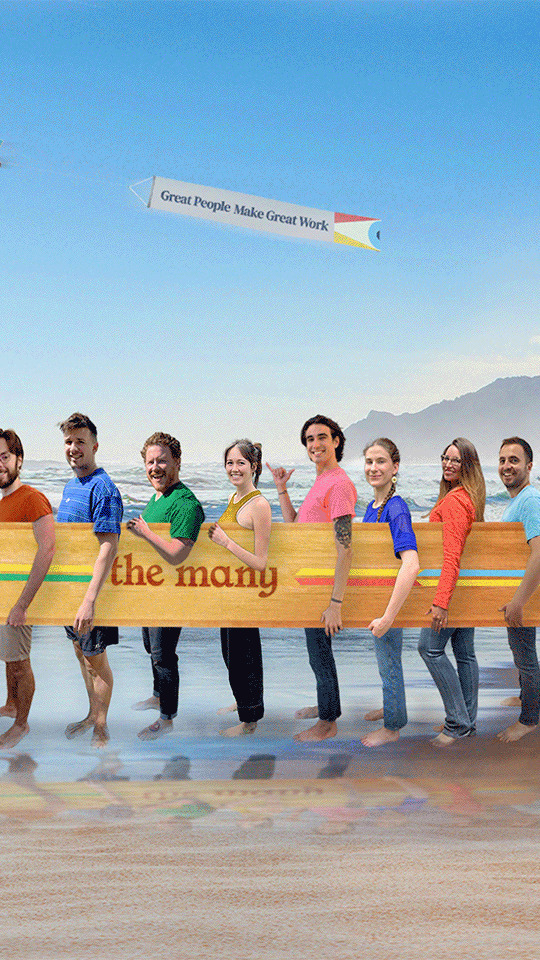 The Many Hires 19 Creatives Catching its Biggest Wave Yet

Summer is here and so is The Many! Following Amber Justis joining the agency as Head of Creative in March 2021, The Many has expanded its creative team by 19 new faces including Creative Directors Pam Fujimoto, Adam Flanagan and Curtis Petraglia. (They’ve even created the longest longboard just to fit everyone in!)

The move brings The Many to over 100 team members, its largest since the agency was founded twelve years ago.

Led by Justis (who was recently named one of Adweek’s Creative 100) and joining the agency’s veteran Creative Director Josh Paialii, Fujimoto, Flanagan and Petraglia will further diversify the agency’s creative muscle while developing and mentoring this next generation of creatives. With tremendous growth and client wins over the past year, The Many’s hiring spree reinforces its commitment to developing and empowering its people so that continued personal and professional growth is synonymous with creating great work.

“It was an honor to be able to help The Many expand on something they’ve always been so great at—building a people-first culture,” said Amber Justis, Head of Creative at The Many. “Josh and these three new CDs are a dangerous bunch: Pam is a force multiplier that brings a level of mastery and insight to our craft, and a natural mentor which is essential to riding this growth spurt mindfully; Adam brings a totally zen approach to leadership—teams feel safe to experiment under his guidance and when that happens people can make the best work of their careers; and Curtis is a total renaissance maker—an art director, a film director, a photographer, and the list goes on—that creates work at such high fidelity, a real thing of beauty to witness. We’re so lucky to have these folks writing the next chapter with us.”

Fujimoto joins The Many following a just shy of two-years contract stint at Twitter, where she served as creative lead on Global Business Marketing and Diversity & Inclusion campaigns. Before Twitter, Fujimoto was the Executive Creative Director at WONGDOODY LA.

“Everyone has a drive, a passion, and an enthusiasm that I totally got on board with. Each individual is here to create great work and it’s embodied from the founders on down,” said Pam Fujimoto, Creative Director at The Many. “The positivity and the openness to trying new things, seeing where we can go from here and what we can do to improve will lead to great things.”

“I’m really excited to fully immerse myself in the brands we’re working with while working alongside a group of extremely talented people,” stated Adam Flanagan, Creative Director at The Many. “Being able to understand these brands at a deeper level and fluently understand what they’re trying to say is going to result in some great work from our team.”

Petraglia joins from Deutsch LA where he served a handful of positions, most recently as Creative Director, during his six and half years with the agency.

“At its foundation, you feel that The Many cares and empathizes with its people and also the people we advertise to,” said Curtis Petraglia, Creative Director at The Many. “There’s a ton of momentum and autonomy here, and I was completely impressed with everyone I’ve met during the interview process, which made me certain this was the place for me.”

Even with these recent new hires, The Many’s momentum continues. The agency currently has over 20 open positions across various departments. Its last hiring push was outsourced to talent on Cameo featuring the queen of bounce music Big Freedia, Olympic gymnast Gabby Douglas and international drag queen Manila Luzon, among others, which proved effective in drawing applicants to the agency that turned into hires.